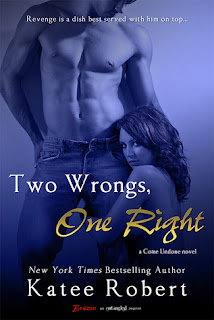 Eight years ago, former Army sergeant Nathan Schultz let the love of his life disappear without a fight. After watching everyone around him find happiness while he slipped further away, he's finally ready to fight for Chelsea Callaghan — and he's not afraid to play dirty.

Chelsea has always followed her conservative family's rules — with one heartbreaking exception. When she receives an invitation to an old high school friend's wedding, she knows who's to blame. Though she goes solely to give Nathan a piece of her mind, he blackmails her into staying the entire week. With him.

There's no way she'll bow to Nathan's will without making him pay. Unfortunately, revenge is a dish best served fully clothed, and they can't be in the same room without losing theirs. As insatiable, anger-fueled lust shifts into something more, they begin to lose sight of why they can't be together. But with so many unforgivable wrongs between them, can Nathan and Chelsea ever make things right?

Chelsea and Nathan have history, history that has long since been buried but Nathan wants to bring it back to the present so he invites Chelsea to his brother's wedding. Chelsea only comes to finally put him behind her, but she doesn't foresee herself missing things about being with Nathan. For Nathan it's what he was hoping for all along.

I'm enjoying this series although I found I didn't like Chelsea all that much and I was only ever "meh" about Nathan so it's definitely not my favourite in the series. I was looking forward to this book because of the hint dropping at the end of the last one, and it's a doozy of a secret. I was convinced this was going to be an MM book, obviously I was wrong.

I'm not sure if this is the last book in the series, there was a bit at the end of this one about Danielle's story but I think it's a novella in an anthology rather than a full length book. Although I may be wrong but that's what it seemed like to me. And it did say "Come Undone one last time with Danielle" so to me that means end of series. Time will tell, but I liked the little we saw of Danielle in this so I'm quite looking forward to it. 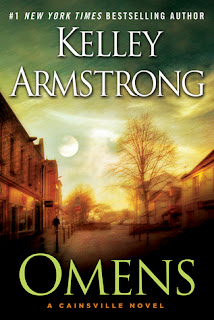 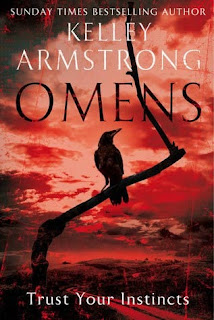 Twenty-four-year-old Olivia Taylor Jones has the perfect life. The only daughter of a wealthy, prominent Chicago family, she has an Ivy League education, pursues volunteerism and philanthropy, and is engaged to a handsome young tech firm CEO with political ambitions.

But Olivia's world is shattered when she learns that she's adopted. Her real parents? Todd and Pamela Larsen, notorious serial killers serving a life sentence. When the news brings a maelstrom of unwanted publicity to her adopted family and fiancé, Olivia decides to find out the truth about the Larsens.

Olivia ends up in the small town of Cainsville, Illinois, an old and cloistered community that takes a particular interest in both Olivia and her efforts to uncover her birth parents’ past.

Aided by her mother's former lawyer, Gabriel Walsh, Olivia focuses on the Larsens' last crime, the one her birth mother swears will prove their innocence. But as she and Gabriel start investigating the case, Olivia finds herself drawing on abilities that have remained hidden since her childhood, gifts that make her both a valuable addition to Cainsville and deeply vulnerable to unknown enemies. Because there are darker secrets behind her new home, and powers lurking in the shadows that have their own plans for her.

Liv finds out she's adopted and her birth parents are convicted serial killers, not bad enough that she's having a bit of an identity crisis but her mother basically shuns her (not exactly but in a way). In a bid to become her own person, she ends up in Cainsville (with some help) and gets in touch with her birth mother who convinces her to help her with her case. Liv discovers there's more to her parents case than meets the eye.

With Kelley's Otherworld series coming to a close, I was really looking forward to this book. I knew it wasn't going to be anything like Otherworld but I could also tell that it was going to have a vaguely supernatural feel to it. I won this as an ARC but, because of the time to post stuff form Canada to UK, I only got it just about the time it actually came out over here. I am still going to buy it though, I much prefer the UK cover plus I'll be getting the rest of the series in the UK cover so I don't want it to be mismatched on my bookshelf.

I enjoyed this, I think it'll take me a while to get out of my Otherworld mindset that I get when I read Kelley though. This comes to its own and promises to be a great series. This first book is very intriguing and keeps you reading, as well as leaving on a note that makes you NEED to buy the next on the series. Very exciting to have something from Kelley and can't wait for more .... I'll miss the Otherworld though but this promises to fill the Kelley sized part of my brain.