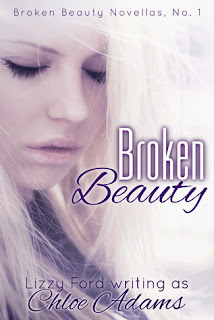 When socialite party girl Mia Abbott-Renou wakes up in a garden she has little recall of the previous night - except that she is naked ... hurt ... terrified. Not only has she been raped, but she knows one of her assailants: the son of a wealthy politician who happens to be her own father's political ally.

Mia wants and needs justice. Except this privileged boy has an alibi and her father forbids her from going to the police. It's a critical election year, one that his party might lose if his image as a doting father is soured due to Mia being labelled a lush or worse, promiscuous.

Devastated at not having the support of her family, Mia finds herself in a tug-of-war with her conscience over what to do, especially since she can't remember exactly what happened that night. Worse, the men who attacked her have hurt several other girls, and Mia may be the key to stopping them.

Mia tries to forget, until the unthinkable happens, and she's left reeling once again, faced with a new challenge that will force her to take more control of her life.

Mia is raped at a party, she wakes the next morning when the police find her. Her father is a politician that thinks the body has a way of stopping pregnancy when it's rape so she's not allowed the morning after pill as a precaution. Mia has flashes of memory and knows her attackers but she can't tell the police because it could affect her father's campaign. On top of that she also gets done for having a stolen ID and has to do community service at a women's shelter where she discovers the horror of the rape isn't over.

The novella opens with Mia being woken up by the police and we get flashbacks of what happened the night before. The flashes are horrible and very well written in the sense that you're horrified for this poor girl and the images we get are heart breaking. The author does a good job of getting you there at the scene without going into full blown description of the act - thankfully.

One major flaw of the book is that Mia is a bit of an idiot. Yes, her father has told her that women can't get pregnant when they get raped - it seems her father's character was loosely based on that idiot politician that made the statement a while back about how the body has a way to prevent that from happening - but she's a teenage girl who, I can only assume, has access to the internet and other information sources so her naivety is confusing to me. The fact that she flat out believes her father with no questions asked is kind of unbelievable for me.

Speaking of her father, he's a douche! She's in hospital after being horrifically raped and injured and he doesn't even come to see her? In fact I don't think she even gets to speak to him until almost a week later. Her mother is in rehab and after Mia speaks to her, she says she'll be there in a couple of days but never shows up. What kind of parents does she have?!? Her best friend is there for her, the cops that found her are there for her and it seems that, sometimes, her uncle is on her side as well. Although he does tell her not to name her attacker unless she's 100% sure or she'll get dragged to court and have to face him. Surely the rape kit is evidence enough if they just get a DNA sample from him?

This is definitely a series that I'll be keeping an eye on. I'm invested in Mia and her story now so I want to continue to follow it.