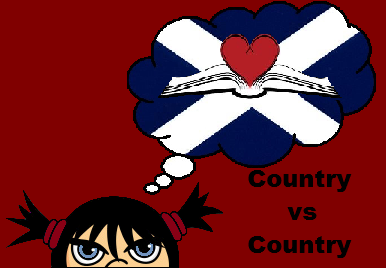 So I thought I'd reboot my country vs country posts but with a difference. I've asked my friend, Danielle, to help me with the post and we're going to discuss each cover for a specific series and decided what we like and/or dislike about each one as well as which covers we prefer.

For our first dual post we're going for the Demon Trappers series by Jana Oliver. 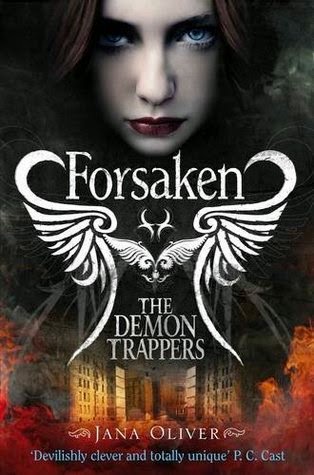 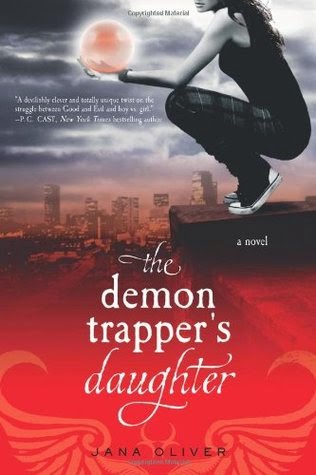 DANIELLE: I honestly prefer the UK covers to the North American ones.  I do like the colours, and the picture itself for the NA cover.
JULIE-ANNE: I've always liked the pattern on the UK cover and I like the flame decal at the bottom. On the US cover, I like the red and I also like that she has a sphere in her hand - I don't like that it looks so obviously photoshopped.
Why the different titles though? 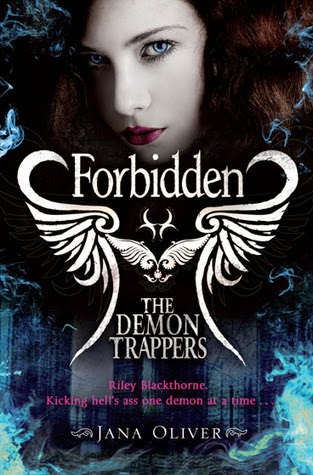 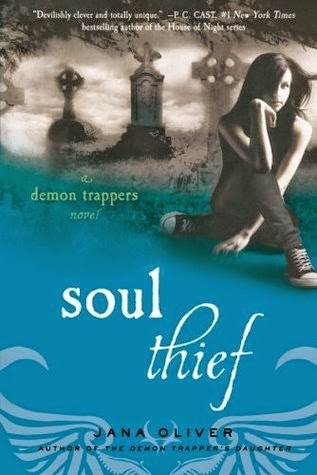 D: Again, here I like the UK better.  It's darker and I like that it has a little tag line on it.  I also like the titles better for the first two.  The NA titles are good, but I think the UK are more effective.
J: I think the US cover has too much empty space on it for my liking.  I like that the UK has an image at the bottom of it as well as the smoke decals, there's a definite theme there.
And again with the different titles. 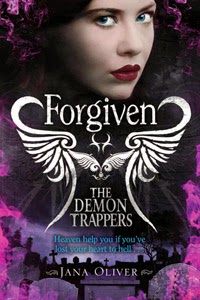 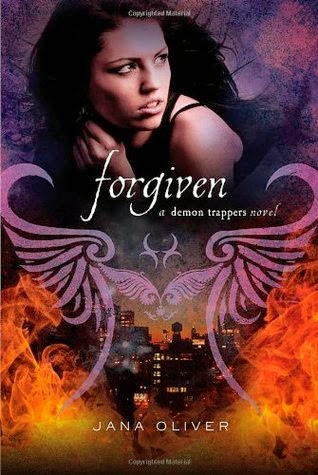 D: With these two, I prefer the face on the UK, even if it isn't how I pictured Riley, but I prefer the flames on the NA cover.  I wish it was tombstones behind them instead of the city though.
J: Both covers for this book seem to be vaguely similar this time. Like Dani, I prefer the UK cover all over, I feel it the different parts mix better. I do like the US cover but the flames just don't really fit in with the rest of the cover. 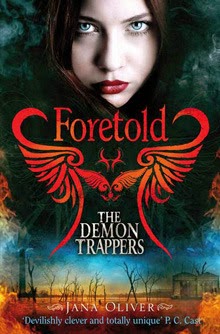 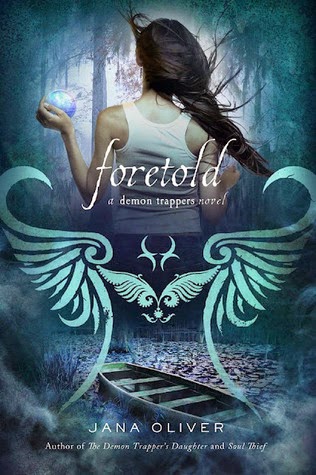 D: These two are another set I wish I could combine.  I think I like that “Riley” is facing away better.  I also like the blues.  But, I prefer the landscape in the UK to the boat in the NA.
J: Again they seem to have similar looks. I prefer the colouring in the US cover but I prefer the backdrop image at the bottom of the UK cover as well as the font and layout of the title.


DANIELLE: This is a series I really enjoyed.  I hadn't ever read Jana Oliver before this series, and I was glad I did.  It's upper YA, which I enjoyed.  I read a lot of YA because I love angsty stories, but this series also has enough adult situations to feed my love of romance and sexy scenes too.  Though this series doesn’t have very descriptive sex, it does contain some.  It's a great series.  I highly recommend it.

All in all, I think the UK cover of Forbidden is my favourite of them all.  I like the colours, I like the font, and I like the title.  I think it has a catchier title than “Soul Thief”, and I like the little tagline on it as well.

JULIE-ANNE: Overall I prefer the UK covers and titles to the US, they both follow the same theme from the beginning whereas the US covers change theme halfway through along with the titles which I'd be unhappy with is I had these covers.

I'd like to thank Danielle for helping me on this one and I hope to continue posting these.
I have done a few already and have some lined up as well but please leave any series suggestions in the comments if you'd like to see the differences in the covers for different countries.
Posted by Julie-Anne at 03:59