Guest Post by Seleste deLaney and Kiss of Life Review 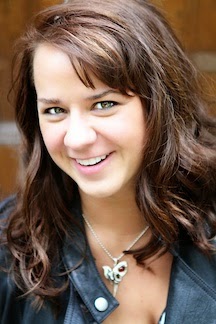 
Okay, I can give this a whirl.

In fairness, when I was active on OKCupid, I did post a lot on Twitter about the weird/funny/disturbing messages I would get. So, I suppose the curiosity makes sense. I only worry that the little snippets were far more entertaining than a full story will be.


I started online dating about two months after the ink was finally dry on my divorce. I'd gone out with a couple guy friends prior to that but things hadn't worked out for various reasons (ie—lack of interest on one or both parts). Several people I know have found love online though, so I figured there was no harm in giving it a go.


Dear gods was I wrong.


In fairness, I've spoken with people who have told me that the online dating environment was totally different just a year couple years earlier, so I think I simply missed the window of opportunity, but let's get to the good stuff….


Imagine standing over a cove in the ocean. It's really deep and you can see clearly. There's a ton of fish in there, but there’s also a few sharks. No worries, you think. After all, you’re wearing your new great-white-shark-proof bikini. No way are those jerks getting you.


And you're suddenly swarmed by fish. I don't mean one or two, I mean dozens. You haven't even put on your flippers (filled out your profile) yet, but there are all these fish demanding that you feed them.


And then, seemingly at random, some of the fish turn into sharks. And others are apparently piranhas…which your bikini doesn't do a thing to stop.


I could start having a perfectly normal conversation with a guy about…fitness, then boom! Dick pic.


Or, we could be talking about the upcoming Marvel movie when suddenly he starts talking about all the things he's going to do to me (you know, when he gets me alone in his bed….because I guess he keeps his bed at the movie theater or something.)


Examples of piranha are numerous. But my favorites were always the guys who had nothing in common with me, but were intent on getting together anyway.


Me: Well, I see by your profile that you're into religious extremism, gun worship, and hate animals. I'm not really sure we'd get along.
Guy: Of course we will. You just need to meet me. I promise, I'm a lot of fun in person.
Me: Yeah….no. I'm not sure I can get past the idea that you'd hate my pets and try to kill them in the name of whatever god you worship.
Guy: Seriously, none of that matters.
Me: How can it not matter?
Guy: Because I think you're hot.
Me: *blink*

Sadly, that type of conversation is not unique (though I did amp up the negatives so as to avoid talking about any one guy in particular). Because to a lot of men view dating sites as nothing more than a meat market, and every woman on there is nothing but a side of beef or a slab of bacon. (mmmm…bacon…)


Are there good ones in the mix? Yes. I'm sure there are. But I never met any of them. Most guys didn't make it past my intensive screening process (which involved "talk to me for a while until I'm comfortable with the idea of meeting you and it fits in my schedule." Lack of patience tended to make their inner shark come out to play…or they swam away.) But of those I did go make dates with, they fell under the following headings (sometimes more than one):

Needless to say, I've given up (at least for now) on online dating. It's quite possible that one of those fish that swam away was the right one. (And I often wonder about the one I let get away. I ended up running into him at a concert. Let's just say there were some regrets involved. But such is the danger in googling a guy with a lot of info online after already being burned by too many of the aforementioned examples.)


Will I try it again? My heart says no. It takes a lot of time and energy to be honest, and it's terribly disheartening. But…at some point I'm going to want to date again, and in this day and age, I'm not really sure what the options are.


Maybe I'll get lucky and meet a hot vampire at a winery.


If only I drank wine…


At a young age, Seleste deLaney discovered the trick to not being afraid of the monsters under the bed was to turn them into heroes. Since that time, she's seen enough of human monsters that she prefers to escape to fictional worlds where even the worst demons have to play by the rules and the good guys might end up battered and bruised (or dead), but they always win. And really, isn't that the way it should be?


She resides in the Detroit area with all her favorite monsters (nice ones - some are furry and the others call her Mom) and is hard at work on her next book. In those rare moments when she isn't battling terrorists, vampires, or rogue clockworks, she can be found all over the Internet, where she loves to interact with readers... 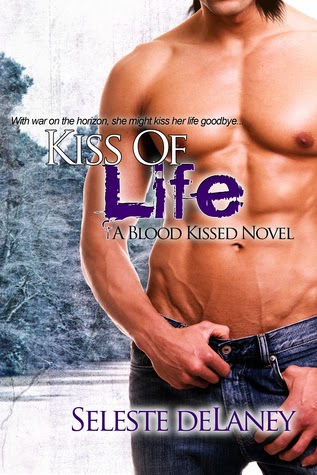 The vampire's curse has been awakened, and Jocelyn has no choice but to accept her destiny as the Blood Kissed — the one destined to destroy the vampires ... or rule them. While Max and Chad want to help her reach her full potential, not all of the supernaturals share their plan.

The Council of Elders, a crazed sorcerer assassin, and a vampire hunter out for revenge have driven Jocelyn into hiding. She and her ragtag army have holed up in the forests of Michigan's upper peninsula to get ready for the fight. If training is any indication, they should be ready for war by the time she turns fifty.

But no one is going to let her wait that long. War is nigh, the death toll is rising, and when Michigan's most famous harbinger of doom shows up on the scene, the army of the Blood Kissed is hoping for a miracle, praying to be graced with a little kiss of life...


I have to admit it has been a long time since I've read Kiss of Death and I did not think to re-read it before this so I honestly was a bit lost because apparently my brain doesn't hold a lot of information (I blame that on my day job, I have lots to remember in that). As lost as I was at the beginning, I still liked the book. As a big Sel advocate, I've missed her writing so I'm just happy when I get to read something from her.

This is the lead up and start of the big war between vampires and Jocelyn's army. The story is narrated from lots of different view points - Jocelyn, Chad, Logan and Remy (maybe another person that I just can't remember right now?), and I have to say I found it confusing to keep up. Most books I've read with different POVs have the chapter break as the switch over and/or have the character name at the start of the section. It's easy enough to figure out the POV quickly enough but there was a lot of switching in short periods and I just found it difficult to read smoothly.