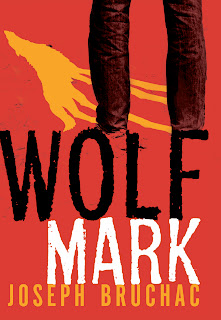 Luke King knows a lot of things. Like four different ways to disarm an enemy before the attacker can take a breath. Like every detail of every book he's ever read. And Luke knows enough - just enough - about what his father does as a black ops infiltrator to know which questions not to ask. Like why does his family move around so much?

Luke just hopes that this time his family is settled for a while. He'll finally be able to have a normal life. He'll be able to ask the girl he likes to take a ride with him on his motorcycle. He'll hang out with his friends. He'll be invisible - just as he wants.

But when his dad goes missing, Luke realizes that life will always be different for him. Suddenly he must avoid the kidnappers looking to use him as leverage against his father, while at the same time evading the attention of the school's mysterious elite clique of Russian hipsters, who seem much too interested in Luke's own personal secret. Faced with multiple challenges and his emerging paranormal identity, Luke must decide who to trust as he creates his own destiny.

I enjoyed this book, even with the very annoying unrequited love between Lucas and Meena. I really don't get why YA books have to have that in there.

So Lucas is a skin walker of Native American mythology. This book puts a good twist into the story though, the kids are born with their skin walker pelt. Lucas' is kept in storage until his parents feels he's old enough to know about his other half, when his dad gets kidnapped he follows the trail his father left him and finds his pelt, finally getting to join with his other half and become what he should be. With his newfound strength and skills, he sets out to rescue his dad, with some help from an unlikely place.

I really liked Lucas as a character (except for the pining) and I enjoyed Lucas' dad, more so after he admits to Lucas that he's been playing a part all these years and he's not really a drunk or a junkie. One thing I didn't like was how Lucas was described as his skin walker wolf, it sounds like he's like the wolfman of old mythology. I personally would have preferred if he's just changed into an actual wolf, but the wolfman thing worked with the story line so I can see why it was that way.