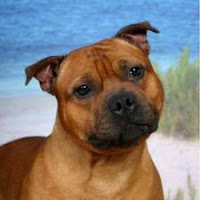 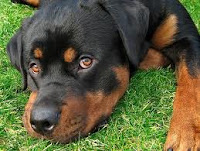 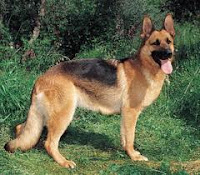 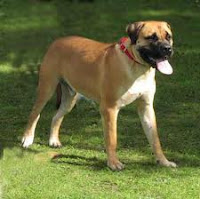 The above types of dog, if involved in an incident, are described as being "devil dogs". Especially Rottweilers and Staffordshire Bull Terriers.
I have worked with animals for about 10 years now and, of the above types of dog, I rarely see aggressive ones. For each type, I could count on one hand how many aggressive dogs I have seen. The problem with these dogs are the types of people that buy them. A lot of idiots that think they're "hard" will buy these breeds as a status symbol. Then they don't train them right, or purposefully train them to be aggressive to make seem even "harder".
When truthfully, they're actually just complete dicks that are doing more harm than good.
I'm always reading letters, or such like, from parents and other dog owners saying these dogs should be banned, should all be muzzled etc. Again, the people that write these letters know nothing of what they're writing about.


Now, every Vet Nurse I know, has a breed that they have had run ins with in the past and are wary of. That's not to say we think they're all aggressive and must all be muzzled, my breed? 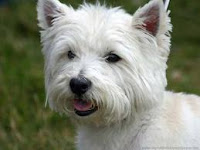 Most that I meet in practice are snappy. But I'm not running around saying all Westies should be banned and muzzled, calling them "devil dogs". I'm just more wary around them than other breeds. Although with the small aggressive dogs, I think it's because they're spoiled when they're pups and then, when they're older, it's too late to do anything about it.


So, my biggest bugbear is with the media always blowing these things out of proportion, and idiots buying dogs they know nothing about. So, if you're going to buy a dog? Research the breed first. Take it's training seriously. And socialise from a young age. If every dog owner did thise, we'd see less "devil dog" stories in the media.


To finish this off, here's some cute pictures of some cute puppies. And the classic "staffie smile". 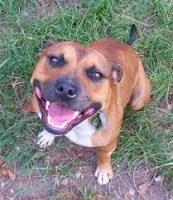 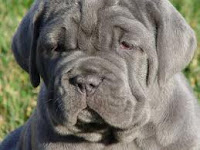