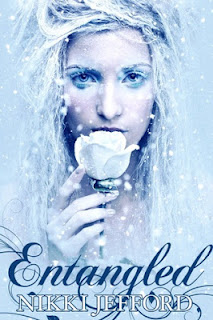 Until Gray finds a way back inside her own body, she's stuck being Charlene every twenty-hour hours. Her sister has left precise instructions on how Gray should dress and behave. Looking like a prep isn't half as bad as hanging out with Charlene's snotty friends and gropey boyfriend.

The "normals" of McKinley High might be quick to write her behaviour off as post-traumatic stress, but warlock Raj McKenna is the only person who suspects Gray has returned from the dead.

Now Gray has to solve the mystery of her death and resurrection and disentangle herself from Charlene's body before she disappears for good.

I enjoyed this but, at some points, it was a bit childish and the beginning was a bit slow to kick off (boring, if you will). I'm glad I stuck with it 'cos it definitely gets a bit more story to it later on. We have psycho sisters, crazy guys who are willing to so ANYTHING for her sister and a mother who just wants both her daughters back.

I'll be reading the rest of the series to see where it goes. Although, I have to say, I only downloaded this 'cos it has a VERY pretty cover and it was free - apparently the list price is £8-odd? No way, would I say this was worth £8, it's very short.