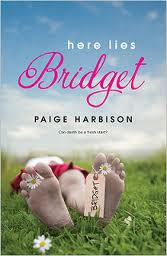 They say that before you die your life flashes before your eyes.

You think it's going to be the good stuff - every kiss, every party.

Don't count on it.

I was Bridget Duke - the uncontested ruler of the school. If keeping the wannabes in their place meant being a mean girl, then so be it!
I never thought there'd be a price to pay.

Now, trapped between life and death, I'm seeing my world in a new light: through the eyes of five people whose existence I've made hell.
And I've got one chance to make things right. If I don't, I may never wake up again ...

OK so you know from the blurb that Bridget is going to be a bitch - and she was! You also know from the blurb that she's going to see the errors in her ways - which she does. The thing that annoyed me? Bitchy Bridget was in majority of the book and I would have much rather read the scenes where she was seeing herself through other's eyes. Because nothing puts me off finishing a book more than a bitchy lead.

The story itself was very well written and I really enjoyed the scenes where she was seeing herself because she was literally inside the other person's head and got to hear their thoughts. Bridget's one of those chicks that thinks everyone loves her when in reality they just put up with her.

I think this was most definitely a stand alone novel although I think I'd like to see more in the way of the sort of judging panel going to other people. That was the premise I liked and I think it'd be fun to read more.