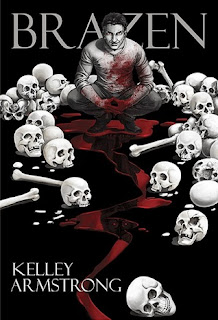 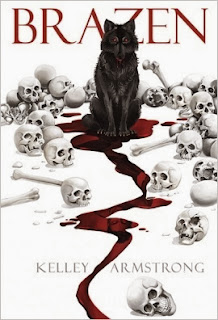 nick Sorentino knows everyone in the supernatural world considers him the Pack's playboy, the pretty but not very useful werewolf whose only reputation involves his amorous exploits.
Usually, Nick couldn't care less what anyone outside the Pack thinks of him. But when it affects his hunt for Malcolm Danvers, a psychotic bogey-man from the Pack's past, it matters.
Necessity forces Nick to team up with mercenary half-demon Vanessa Callas to run Malcolm to ground in Detroit. Together, they discover Malcolm is more deadly than ever. And he wants to play.
It's time for Nick to prove he's not just a lover. He's a fighter.

Nick has been put on the case of finding Malcolm after he was discovered to be still alive during the events of 13. Elena and Clay want him dead and they don't want Jeremy knowing he's alive in the first place.

The Sub Press novellas have always been a nice way of easing the waiting time between Otherworld books, but now the series is on hiatus they're even more important to me. Armstrong knows her fans love the Otherworld and all the characters, I think she herself would also miss them if they disappeared completely. So to ease the pain, she's going to be releasing novellas and such until she brings the series back (for my sanity, it will always be a when not an if until she says different).

This one is nice to read, we finally get something from Nick's POV. Nick, who always comes across as laid back and so nonchalant, proves to us that he's just as protective of the Pack as Clay or Elena. The younger wolves are his responsibility and he's matured and settled since they've came into his home. Nick often gets looked over with Elena and Clay heading the adventures up so it was nice to see him come into his own in this book.

The book also ended with an obvious nod to another book which I can't wait to read.