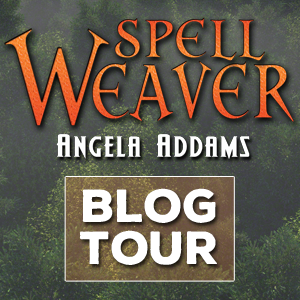 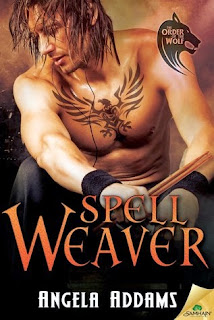 Shot by a Huntress, his wolf trapped within him, Dyami Storm is battling a poison that is eating him alive. His only hope is finding his mate, but without his wolf to guide him, he doesn't know where to look.

The second the sexy bad boy stumbles into her tattoo shop, smelling of booze and oozing attitude, Summer Sinclair knows he's trouble. She should turn him away, but a strange magnetic pull compels her to help him out with a little ink.

When Summer's boyfriend walks through the door, Dyami senses he's in the presence of a Hunter, and the Hunter recognises him as a wolf. With hackles raised, a weapon coming at him, Dyami's only choice snaps into place. Bite Summer, marking her as his — and unleashing her powers as a Spell Weaver.

On the run from Hunters and losing his fight against the poison, Dyami is in a race against time to convince Summer her power could change the course of the war ... and that his fate is in her hands.

I've liked Dyami since the beginning, quite possibly because he's the drummer .....

Anyway, this is his story and his chance to finally get rid of the poison in his system. The one thing I didn't believe was that Summer tattooed him while he was obviously drunk, not many artists would do that.

Summer's Hunter mate is a bit of a douche so I was happy this story was from the wolf POV and I didn't have to put up with him too much. Dyami and Summer's story is a bit different from the other wolves due to his poisoned state.

I like this series, the stories are nice and quick to read and quite enjoyable. Definitely looking forward to more. 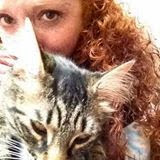 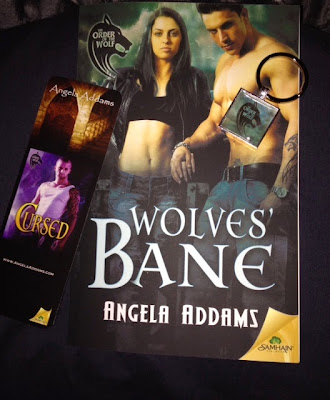 Angela is also giving away a signed copy of Wolves' Bane, a limited edition Order of the Wolf keyring and a signed Cursed bookmark. It is only open to Canadian and US addresses (which sadly means I can't enter - I want that keyring!)