Scottish words and their meanings

So my friend Bea from Bea's Book Nook gave me an idea for a blog post after I posted a couple of my favourite Scottish words on Twitter last week (or possibly just earlier on this week) and I thought, "Yeah! I'm going to do that."

Know what I didn't think of? Even though I am Scottish, live in Scotland, have never lived anywhere else and speak Scottish every minute of every day of my life ~ trying to think of a list of Scottish words is actually quite hard! Because I speak them every day, I don't think of them as being unknown to others, so yeah this list is a bit varied and is probably going to the first of a series since I'm sure I'll remember other words after I've written this post. Also, just because the words are written here do not mean that I personally say them, some words are regional. For instance, I'm from the West Coast of Scotland and my boyfriend is from the East Coast, I say words he doesn't know but, for some reason, there aren't as many words he uses that I don't know. He has, in recent years, started saying Ken though, which they do not say on the East Coast.

Also, I'd like to state for any Scottish people reading this: I have no idea how to spell a lot of these words! If I don't know how it's spelled, I'm writing it down phonetically. The problem with Scottish words is that it's slang or purely just an accent thing so it doesn't have an actual correct spelling. I'll try my hardest to list the phonetics with the words, they'll be in these funky brackets {}, if there are no funky brackets it means I think the word is already written like it's said.

So that's it. Hope you all enjoyed (and understood). Sorry if it's confusing but I'm not a dictionary and it's difficult explaining things. Questions? Put them in the comments and I'll either answer them here or in another post. 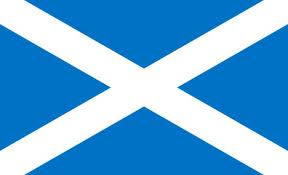