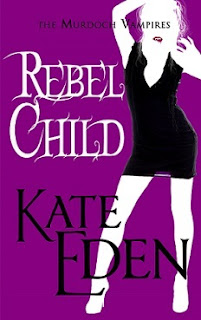 Raven really doesn't see what all the fuss is about. All she did was kidnap a mortal and try to sabotage one of the most important developments in the history of the vampire race. For some reason, though, her father, who is the leader of the vampire race, is seriously pissed. He gives her an ultimatum: Spend 200 years in exile or submit to a last ditch crash-course in vampire etiquette.

As the poster boy for upstanding, modern vampires, Callum Murdoch stands for everything the rebellious Raven loathes. He's also the brother of the man Raven recently targeted. But this very odd couple is about to find out that opposites don't just attract — they smolder.

In order to avoid a 200 year exile to a country that has months of daylight with no break, Raven agrees to a strange kind of rehab programme with Callum Murdoch to try and change her ways. If, at the end, she's still judged guilty by her father she has to do the exile so she's determined to pass his test. She didn't expect to fall for Callum while she did it though, a man that stands for everything Raven is against.

This sequel starts up immediately where The Hot Scot left off and we get to find out what Raven's reaction at the end of THS was all about when she heard she was going to see Orpheus, he's Raven's father and he's a mighty dickhead! I have to say that I far preferred Raven & Callum over Sydney & Logan, I think it's just Raven's attitude - she's so much more fun & spunky than Sydney.

Again, we get a lot of Kira, Logan & Callum's mother, in this one and I still love her. We also see a bit more of Jorge as he gives Raven a makeover and he's also the wedding planner, along with Geraldine, for Sydney & Logan. I've also discovered I really like Alaric, I was kind of hoping that he and Raven would have hooked up but it wasn't to be - I'm still hoping to see more of him in a later book, perhaps a book of his very own?

If this book is anything to go by, I expect they'll get better as the series goes on.